What is it and how does it work?

Traditionally administered in a “salt cave”, salt therapy (or Halotherapy) is the use of inhaled salt in minute quantities as a natural therapy of respiratory ailments.

It has long been known that salt displays strong anti-inflammatory and anti-bacterial properties. A supplemental benefit of salt therapy has been found to be significant improvement of many common skin complaints. 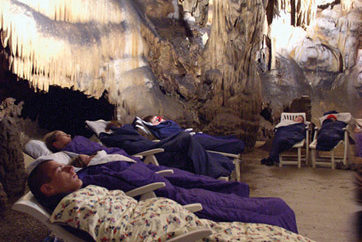 A mine in Slovakia partaking in salt therapy

Asthma sufferers in a Ukrainian salt mine 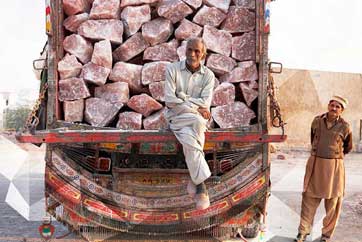 Salt Therapy (also known as ‘Halotherapy’) originated with the Greek and Romans many thousands of years ago. ‘Halotherapy’ derived from the Greek word halos, meaning ‘salt’, is a form of alternative medicine which makes use of salt. Numerous forms of salt therapy have been known of and used for millennia, usually taking place in a salt cave, which would have been a real cave or salt mine many years ago but has now more commonly been replaced by the modern suites that we see in salt therapy centres around the world today.

In the 1840’s physicians in Poland and Russia noted that salt mine workers, far from suffering respiratory problems of typical mine workers, were fitter than the general population and rarely suffered any respiratory diseases or lung cancers. The Physician Felix Boczkowski was a key proponent of these findings.

During bombing in World War II Karl Hermann Spannagel noticed that patients whom had used the Salt Mines as air raid shelters saw a remarkable improvement in their respiratory and dermatological health.

There are now salt therapy centres using dry salt aerosol environments throughout Eastern and Western Europe and the USA. In the UK there are currently a small but steadily increasing number, with Little Himalaya being the very first salt cave to open in Warwickshire.

What does salt therapy at Little Himalaya involve?

An appointment at Little Himalaya involves a 45 minute session relaxing in our purpose made ‘salt cave’, in an exceptionally relaxing atmosphere- no phones, no ipads. Find out exactly what is involved on our salt cave page.

How does salt therapy work?

The very fine salt particles reach every part of the respiratory system, particularly the very fine alveoli of the lung. In healthy lungs the cilia (like tiny fingers) lift the mucus off the lung lining; with congested or diseased lungs the mucus has won the battle and will not easily shift. This mucus then becomes and ideal breeding bed for lurking bacteria.

It is thought that the fine mist of salt from the Halogenerator creates the following responses in the respiratory system:

What’s so good about salt?

The salt used in our therapy rooms is naturally 99% sodium chloride. Sodium chloride has the property of being able to convert positive ions into negative ions. As an example, in one cubic centimetre of air outside of a salt room there is about 600-700 negative ions. In one cubic centimetre of air inside the salt room there are 3000-4000 negative ions. The room is allergen and microbe free. That is why, when the person is in the room they allow their immune system to rest and therefore strengthen.

Himalayan salt blocks have throughout time been thought to produce an environment of negative ions by charging the air negatively. We believe we are the only salt therapy centre/ salt cave in the UK to feature genuine Himalayan Salt within the therapy room. 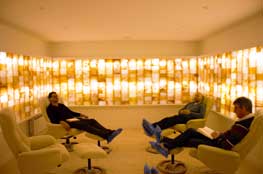 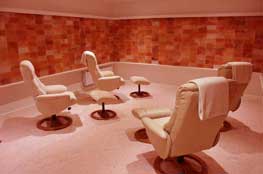 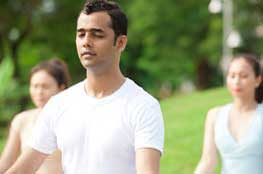 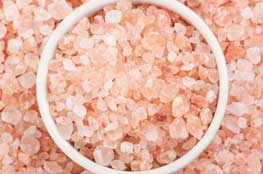 The Benefits of Salt Therapy 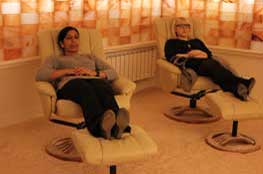 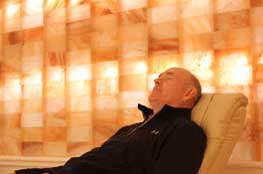 We say ‘might’ please note. We do not advise people to change their medication regimen. It is not our place to make medical claims! We are 100% convinced of the huge benefits of salt therapy but it is important that clients do their own research to form their own opinions. The anecdotal evidence is vast and we ask you to give consideration of both published Medical Articles and Testimonials from salt caves and other centres throughout the world. Here are plenty of links to start you on your own quest for better health:

Respiratory conditions that have been very much helped are:

For more information on how salt therapy can benefit the conditions above, plus a list of contraindications for the therapy, please visit the following page: Conditions Which May Benefit From Salt Therapy

Many people have reported significant improvements in the following skin conditions:

It is thought that the minuscule size particles encourages cell repair in the derma and provides perfect Ph conditions to improve re-generation and skin rigidity.

Salt therapy in the Media

Salt therapy has been getting more and more attention in the media of late, with numerous articles and blogs reporting on this relatively new form of treatment. We’ve compiled a list of just some of these great articles here.